Here’s the list of people who have given their time or their money or their support to the Library and are Founding Members: 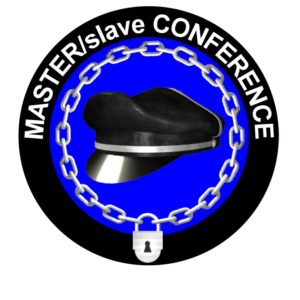 There is no requirement for attendees to currently be in an M/s relationship. The primary purpose of the Master/slave Conference is to provide education and training for individuals interested in or already living alternative lifestyles and relationships. The Conference setting will ensure safe space for like-minded individuals to discuss and define their own self-mystique.

The Master/slave Conference embraces diversity in every context including ideas. It is possible that you will not agree with everything you hear. Please respect each other’s right to their own opinions. The Master/slave Conference does not endorse any perspective or opinion. Whether you have just begun your journey or you are well on your way; join us for the weekend in an atmosphere of self-discovery and individual growth within healthy relationships.

The Library would like to extend a very special thank you to NELA for their generous donation of presentation cases.

TNG stands for The Next Generation. TNG Las Vegas makes it a point to reach out to people everywhere. TNG Las Vegas is a group for 18-35-year-old people in the Kink community. We are a national group with local chapters.  We also go a long way to help people in the community and/or lifestyle for the purposes of educating, supporting, and bringing together its members, in a safe, fun environment. One of our goals is to reach out into the wider community as a resource and contributor. Our group has a serious interest in connecting with the more knowledgeable and experienced youth leaders and members of our community!

At the 2011 annual “12 Days” event, Sir Hooker announced that the Carter/Johnson Leather Library will be the recipient of the Sir Wayne Davis Memorial Travel Fund” award at the 2011 “12 Days” event.

“When I began this journey, little did I know how it would affect me. The experience and challenge of the LeatherSIR title system have given me the opportunity to expand my horizons, grow as both a man and a Sir, and establish friendships that will last the rest of my life.

I have had the opportunity to make a difference in our struggling, smaller communities. While there simply wasn’t enough time to achieve all of my goals, I stayed true to my beliefs and to myself. … As our community struggles to find its way through difficult times, I see hope. … It is our loyalty, brotherhood, and compassion for each other that permits us to not only come together but to move forward.

The beginning of this journey placed my feet on a path that would permit me to leave my mark on our community. However, in doing so, the community has left its mark on me. It is my hope that each of you has the opportunity to see your niche in the leather family and realize your full potential as men, women, and leather folk. It has been an honor and a pleasure to be your representative.”

— Robert Davis, commenting on his year as International LeatherSIR 2004

A true gentleman who displayed honor and integrity as he moved through our world, Sir Robert Davis, International LeatherSIR 2004, Mid-Atlantic LeatherSIR 2004, Maryland LeatherSIR 2004 passed away suddenly and unexpectedly at his home on September 10, 2008. Friends close to Robert report he died of a heart attack. He will be forever missed by his partner George, his family, and countless friends.

Robert was the 2005 recipient of the Pantheon Man of the Year and Community Choice Man of the Year for his community work and personal efforts. A pillar of the leather community and will be deeply missed by all who knew. He warmed those around him with a ready smile and always kind words of encouragement. Robert learned basic, conversational American Sign Language so that he could better communicate with his leather brothers and sisters, and forge new friendships, often attending deaf leather contests in Washington DC and Baltimore.

A native of western Maryland, Robert served for six years in the United States Navy submarine fleet. He was an associate member of the Shipmates Club of Baltimore, Maryland. A charter member of New Light Metropolitan Community Church in Hagerstown, Maryland, Robert was instrumental in initiating the church’s involvement in the homeless shelter program. He involved himself with AIDS relief charities since 1992. He helped raise funds for Moveable Feast, The Whitman-Walker Clinic and Brother Help Thyself, to name a few. He was a founding member of the Washington DC’s first LeatherPride committee. He was also an associate of C.O.M.M.A.N.D. MC.

NDDs (Northern Delaware Ds) was founded almost 9 years ago by Master Steve and his slave tami. NDDs started as and still, is an ACTIVE munch group for like-minded adults to meet and discuss the lifestyle in the Northern Delaware and surrounding metro areas. The group is open to all identities who are interested in a D/s, M/s, B&D or S&M.

Since the foundation of the group, it has expanded to include much more. Such as Monthly discussion groups, demos, dinners, and the yearly event NDDs Boot Camp.